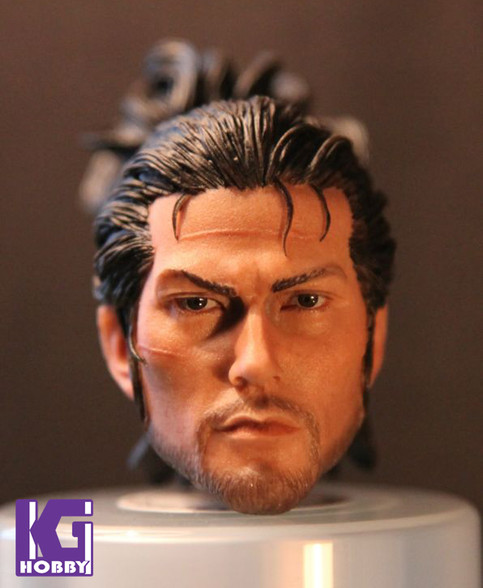 Repainted~ this is the 2nd batch and we have repainted it, much much better quality!!!!

Miyamoto Musashi (宮本 武蔵?, c. 1584 – June 13, 1645), also known asShinmen Takezō, Miyamoto Bennosuke or, by his Buddhist name,Niten Dōraku,[1] was a Japaneseswordsman and rōnin. Musashi, as he was often simply known, became renowned through stories of his excellent swordsmanship in numerous duels, even from a very young age. He was the founder of the Hyōhō Niten Ichi-ryū or Niten-ryū style of swordsmanship and the author of The Book of Five Rings (五輪書 Go Rin No Sho?), a book on strategy, tactics, and philosophy that is still studied today. Miyamoto Musashi is widely considered as a Kensei and one of the greatest warriors of all time

Already PRE-PAINTED as you see in the picture

There is hole in the neck, this will fit most 12" action figure body like hottoys, enterbay body

instock now and ready to ship!!