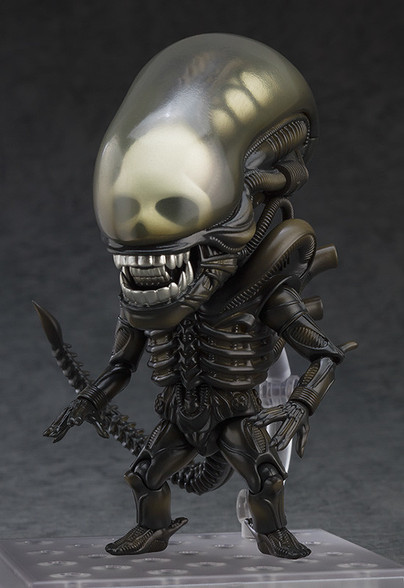 In space no one can hear you scream.

From the sci-fi horror movie "Alien" comes a Nendoroid of the Alien! While the Alien has been brought down to cute Nendoroid size, its terrifying looks have been perfectly preserved with incredibly detailed modeling.

The figure is fully articulated, allowing you to display it in a variety of different poses. Optional parts include a Facehugger, a Chestburster and an alien egg effect sheet! Enjoy mixing and matching optional parts to create all kinds of situations in Nendoroid form!

Items in Picture 3 other than the Chestburster optional part are not included.

Items in Picture 4 other than the Facehugger optional part and alien egg effect sheet are not included.