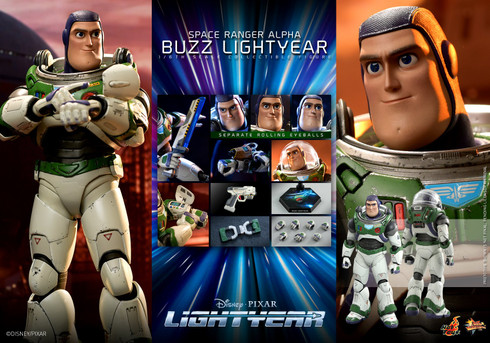 Lightyear follows the legendary space ranger after he’s marooned on a hostile planet 4.2 million light-years from Earth alongside his commander and their crew. Complicating matters and threatening the mission is the arrival of Zurg, an imposing presence with an army of ruthless robots and a mysterious agenda.

Skillfully crafted based on the appearance of Buzz Lightyear from Lightyear, the highly-accurate figure features a newly developed head sculpt with separate rolling eyeballs features, beautiful recreation of the space ranger suit and badges with multiple layers of weathering effects, Buzz signature weapons including laser gun, blade, blaster cannon, a pair of handcuffs and a dynamic figure stand.

Add the Buzz Lightyear figure to go infinity and beyond!

Accessories:
- One (1) pair of handcuffs
- A dynamic figure stand with movie logo and character nameplate

you can make a full payment now with 3% discount
Please read our Pre-Order Policy before you made an purchase
By placing a pre order you are agreeing with our preorder condition
PRE ORDER ETA: Q2-Q3 2023