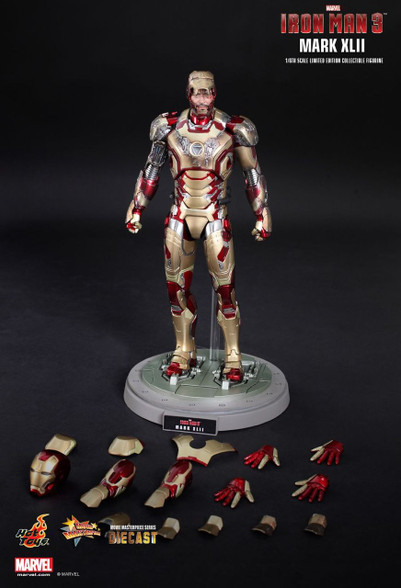 Marvel’s Iron Man 3 is coming to town this month and Hot Toys is proud to present the 1/6th scale Mark XLII Limited Edition Collectible Figurine from the Iron Man 3 movie for the MMS Diecast Series. This is only the second collectible to be introduced in our premium Diecast Series.

**Prototype shown is not final, pending licensor approval
**Product details could be subjected to change without further notice
**Battery included for collectible figure, button cells are required
**Battery not included for figure stand, 2A batteries (2 pieces) are required