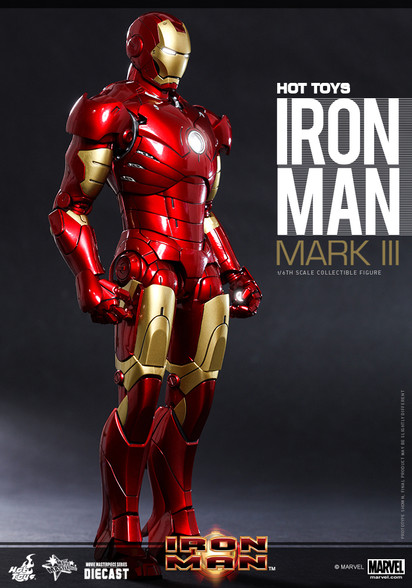 “I’m Iron Man.” Marvel Studios’ 2008 blockbuster movie, Iron Man, has pushed the popularity of the superhero and Robert Downey Jr. to a whole new level! Fans witnessed how Tony Stark built his armors and became Iron Man! Since then, Hot Toys has made a wide range of armor collectibles for its Iron Man Series. The Mark III was a very popular armor among fans and Hot Toys’ release of the 1/6th scale Mark III Collectible Figure is sought after by collectors after its introduction! Today, we are delighted to revisit this film and figure by adding this iconic armor to our MMS Diecast Series!

The new 1/6th scale Mark III Collectible Figure is made of diecast material, realistically designed to look more like Mark III as he appears in the movie and take fans to the next level of authenticity!