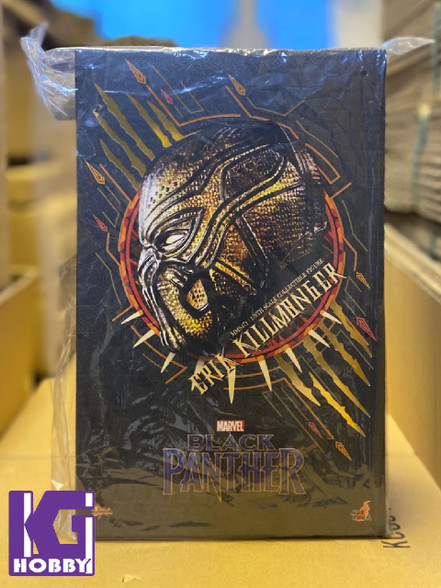 “The world’s going to start over and I’m going to be on top.”

The latest blockbuster by Marvel Studios, Black Panther, has soared the box office in its debut and taken the world by storm! In this exciting new film, Erik Killmonger, a.k.a Prince N’Jobu a dissident member from Wakanda, has become a character that many fans around the world has been anticipated for and can’t wait to see how the militant villain vied with Black Panther for the throne.

Now is the time to add the collectible figure of Black Panther’s formidable adversary, Erik Killmonger to your expanding Marvel Cinematic Universe collection!

-         One (1) newly developed interchangeable head sculpt with authentic and detailed likeness of Michael B. Jordan of Erik Killmonger in Black Panther

-         Newly developed muscular body with over 32 points of articulations

-         Each piece of head sculpt is specially hand-printed