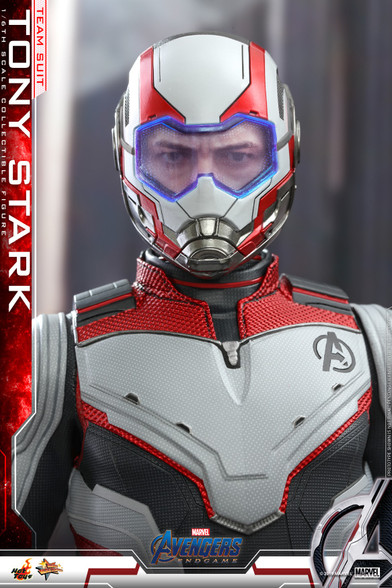 Hot Toys MMS533 Black Widow Avengers: Endgame 1/6th scale Collectible Figure
PRE ORDER PRICE  HKD1750/USD226
You will be charged a 20% Deposit
80% outstanding balance and shipping fees will be charged after the product is ready to ship
or
you can make a full payment now with 3% discount
Please read our Pre-Order Policy before you made an purchase
By placing a pre order you are agreeing with our preorder condition
PRE ORDER ETA: Q3-Q4 2020

In this last installment of the Infinity Saga, Marvel Studios has taken fans on a remarkable journey about friendship, team work and setting aside differences to overcome obstacle. Our beloved super heroes understand how fragile the reality is, and the sacrifices that must be made to uphold it.

Among all the outfits and weapons designed, the new Avengers Team Suit had drawn intense attention from fans and audiences shortly after the release of the movie trailer in the early stage. Today, the mystery behind this new suit has finally been unraveled in theaters! Hot Toys is very pleased to present the latest 1/6th scale collectible figure that captures Tony Stark in this brilliant tech suit with the most up-to-dated details.

Your Marvel collection wouldn’t be complete without this special Tony Stark collectible figure.

-       Authentic and detailed likeness of Tony Stark in Team Suit in Avengers: Endgame

-       Newly developed body with over 30 points of articulations

-       A movie-themed figure stand with movie logo and character name