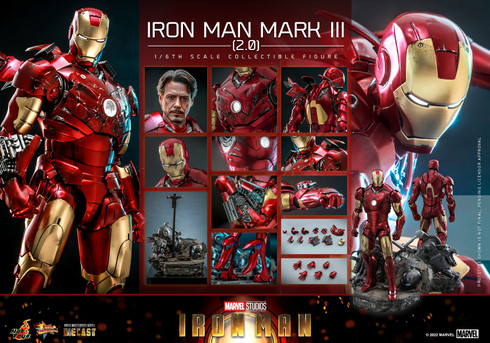 Tony Stark’s Iron Man is always one of the most charismatic and iconic hero of the Marvel universe and his genius is evident in the Mark III armor that was seen in Marvel Studios’ Iron Man.

A Special Edition available in selected markets will include a Mark III helmet with battle damage effect as bonus item exclusively for collectors.

Iron Man fans should not pass up on this opportunity to add this into your collection!

-         Metallic red, gold and silver colored painting on the sleek and streamline armor

You will be charged a 20% Deposit
80% outstanding balance and Shipping will be charged after the product is ready to ship
OR
you can make a full payment now with 3% discount
Please read our Pre-Order Policy before you made an purchase
By placing a pre order you are agreeing with our preorder condition
PRE ORDER ETA: Q3-Q4 2023