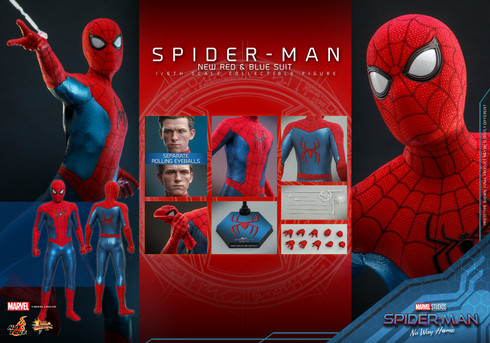 Spider-Man: No Way Home has assembled Tobey Maguire and Andrew Garfield as alternate-dimension Spider-Man alongside Tom Holland’s Peter Parker. Together three Spider-Men get to battle some of the greatest Marvel villains of all time, and ultimately ending in Tom Holland’s webhead learning the true meant to be Spider-Man.

To expand on the Spider-Man: No Way Home collection, Hot Toys is introducing Spider-Man (New Red and Blue Suit) as 1/6th scale collectible figure inspired by his last swinging scenes.

-          Authentic and detailed likeness of Peter Parker/ Spider-Man in Spider-Man: No Way Home