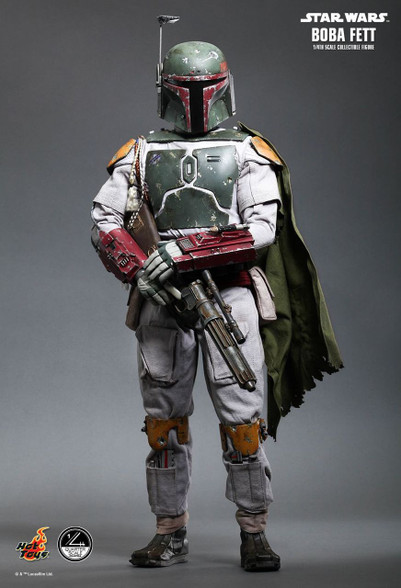 The highly-accurate quarter-scale collectible figure is specially crafted based on the image of Boba Fett in Star Wars: Episode VI Return of the Jedi featuring finely sculpted Boba Fett helmet and armor, his signature jetpack, highly detailed weapons, accessories, and a specially designed sail barge figure stand all with skillfully-applied distressed effects. A special edition will be available for selected markets and include a blaster sidearm with holster which Boba Fett has in Star Wars: Episode V Empire Strikes Back.