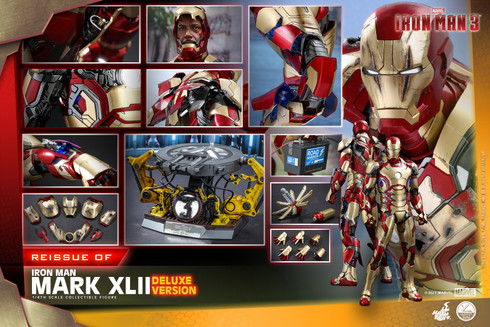 PRE ORDER PRICE HKD4680/USD612
You will be charged a 20% Deposit
80% outstanding balance and shipping fees will be charged after the product is ready to ship
OR You can make a full payment with 3% discount
Please read the our Pre-Order Policy before you made an purchase. By placing a pre order you are agreeing with our preorder condition
PRE ORDER ETA: Q3-4 2022

Iron Man fans shouldn’t pass up on the opportunity to add this incredibly detailed 1/4th scale collectible figure of the Mark XLII to your great collection!

-       LED lights can shine through sides of chest, forearms, and back of legs (blue light, battery operated)

-       Fully deployable air flaps at back of the armor