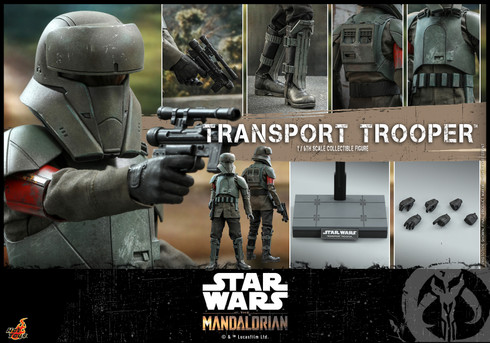 You will be charged a 20% Deposit
80% outstanding balance and shipping fees will be charged after the product is ready to ship
OR
you can make a full payment now with 3% discount
Please read our Pre-Order Policy before you made an purchase
By placing a pre order you are agreeing with our preorder condition
PRE ORDER ETA: Q3-Q4 2020

The highly-accurate collectible figure is specially crafted based on Transport Trooper as seen in The Mandalorian featuring skillfully developed helmet and armor, a fabric under-suit, a blaster, and a display base!

-       Authentic and detailed likeness of Transport Trooper in the Star Wars: The Mandalorian

-       One (1) pair of dark green-colored pants with weathering effects