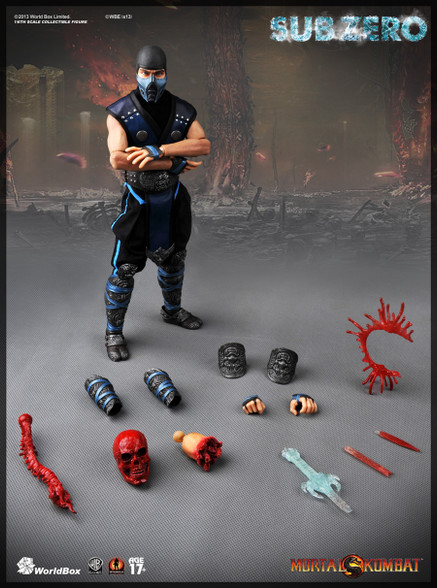 Sub-Zero (絶対零度)[1], also known as Kuai Liang (奎良), and formerly known as Tundra, is a Lin Kuei assassin in the Mortal Kombat fighting game series and one of the few original characters. He is the younger brother of Noob Saibot, who was the original Sub-Zero in the first Mortal Kombat game. The younger Sub-Zero made his debut in Mortal Kombat II.

Sub-Zero is one of the most popular characters in the Mortal Kombat series. In one form or another, Sub-Zero has appeared in every generation of Mortal Kombat games as a playable character.

It will be using the 2.0 durable muscular  body