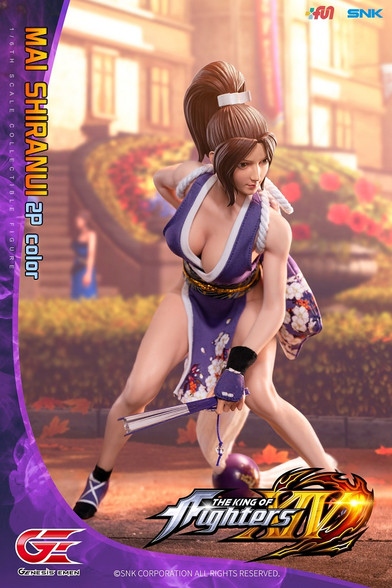 from The King Of Fighters(XIV) is now available for sale!
The new generation of KOF has formed a full-3D modeling system similar to Street
Fighter IV, but it still inherits the advantages in fighting from fighting rhythm and
character movements, and MAI SHIRANUI has become one of the popular character
in KOF.