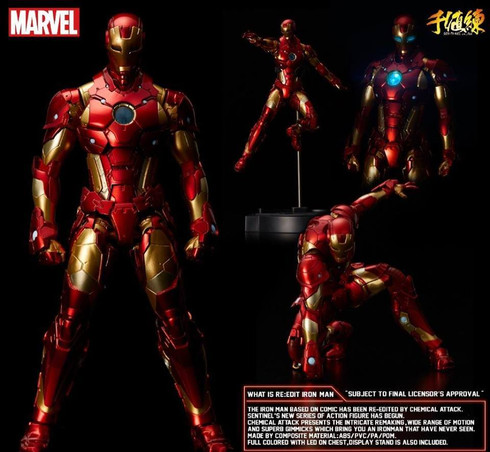 The IRON MAN based on comic has been re-edited by Chemical Attack! SENTINEL’s new series of action figure, “RE:EDIT” has begun.

Chemical Attack presents the intricate remaking, wide range of motion, and superb gimmicks which bring you an IRON MAN that have never seen!

Made by composite material: ABS/PVC/PA/POM.Full colored with LED on chest, display stand is also included.

The first RE:EDIT IRON MAN is the armor from Heroic Age. “Bleeding Edge” which equipped the Nano Machine that mentally commanded by Tony is presented.