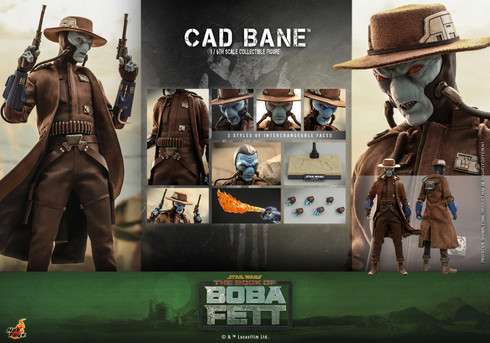 This collectible figure features a newly developed head sculpt with astonishing likeness, meticulously tailored hat and outfit, wired long coat for variety of posing, a pair of blaster pistols, a flamethrower effect, and a display base.

Cad Bane is here to join your collection!